SAVE THE DATE! - Join us for our Platinum 70th Anniversary Open House BOAT SHOW - March 17th-19th
Home / About Us 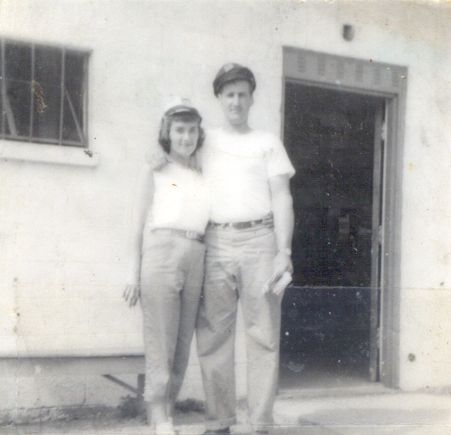 Ronald Bensz and Roland Evett founded B&E Marine in 1953, working first from Evett's basement. Both men shared a passion for the water, Bensz as a hydroplane racer and engine mechanic. By the spring of 1954, they leased a parcel of land on Trail Creek, a canal adjacent to Lake Michigan and built a 560 square foot building and that is now part of B&E Marine's continuously growing complex in Michigan City, Indiana. Today B&E employs 35 full-time and a number of seasonal workers expanding to 10 buildings covering 100,000 square feet, two hoists, two ramps, two fuel docks and 70 permanent slips.

Michigan City's waterfront was once heavily industrialized. A visionary, Bensz figured the geographic location was an attractive waypoint for boaters cruising between Chicago and Michigan. Realizing that a vibrant waterfront would bring success to the dealership and help revitalize the community, by 1962 plans were underway for construction of 55 steel docks and a marina.

In the late 1970's, Bensz encouraged the local government to restore a landmark lookout tower. Later he helped secure land from the federal government for a marina and housing project adjacent to B&E Marine to invigorate the waterfront. Other investors realized his wisdom and together, over the ensuing years, have developed the opposite side of Trail Creek into fashionable town homes and slips. Mr. Bensz also joined efforts to launch the annual Michigan City In-Water Boat Show each August, which has grown in size to feature over 500 boats, attracting more than 30-thousand participants yearly, having a profound impact on tourism and the local economy.

An original founder of the Hoosier Coho Club Fishing Tournament in the 70's, B&E Marine and Sea Ray took over lead sponsorship of this annual event in 1997, doubling participation and attracting hundreds of anglers to Michigan City each May.

Bensz semi-retired in 1979 and sold the company in the mid-80's to his two sons, Barry and Rodney. Now he remains involved in community projects including International Friendship Gardens and LaPorte County Fair Pioneerland.

B&E Marine continues to grow under this second generation of leadership. Sea Ray has recognized B&E for its Excellence in Customer Service Index.

B&E Marine scored the highest in the Midwest and ranked 6th out of 350 Sea Ray sales locations nationwide. Honored as one of the first Sea Ray Master Dealers, B&E Marine has also earned top honors from Mercury as a Premier Service dealer.

Following in the footsteps of their father, Barry and Rodney Bensz continue to take an active role in guiding the development of the Michigan City waterfront and contribute to boating safety. Since 1990, B&E has opened its doors each spring to the United States Power Squadron hosting a series of safe boating classes for the community. In addition, they offer customers free boat handling seminars designed specifically for ladies and children.

Their commitment to community is strong, with B&E Marine donating the use of a boat to Catholic Charities and Michiana Resources for fund raising efforts. Rodney Bensz serves as a board member of the Michigan City Rotary Club and is actively involved in Countryside Church. Barry Bensz has served as president of the Michigan City Urban Enterprise Association, Chamber of Commerce board member, President and board member of a LaPorte County 4-H committee and Senior Leader of a LaPorte County 4-H Club.

Civic pride and commitment to excellence is an ideal embraced by the men and women who are long-time employees of B&E Marine. Their ideas and steadfast devotion to making Michigan City and LaPorte County the best community in the country is what will help guide B&E Marine as the company embarks on its next 55 years in business.